Are Hyperloops the Next Evolution in Transportation? 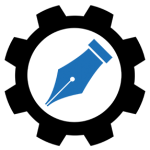 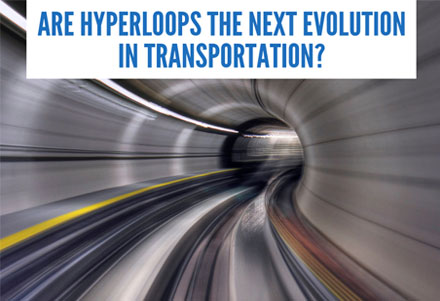 Despite the recent fascination with the topic, hyperloops are not a new idea. In fact, it was first conceptualized by Robert Goddard, a rocket engine pioneer, in 1904.

Since then, the idea remained in the realm of science fiction until Elon Musk created a renewed interest in the hyperloop by stating that he would help develop the technology. As an entrepreneur famous for revolutionizing the commercial space scene, as well as kick starting the era of electric vehicles, Elon Musk gave credibility to the idea. You can view Elon Musk’s whitepaper that he presented to President Obama back in 2013 here.

What exactly is a hyperloop?

A hyperloop is a levitating train or pod in a vacuum tube, or more accurately a low air pressure tube. Creating a completely airless tube is not feasible as the effort and energy required to achieve this is not practical or economical. The aim is to remove as much contact friction and air resistance away from the pod to both increase its speed and efficiency. The removal of most of the air in the tube results in very low air resistance. Furthermore, the pod is levitated above the track so that it never actually touches anything while travelling. These two factors allow the pod to reach airliner speeds.

Most hyperloops being designed today claim a top theoretical speed of 1200 km/h, but some will limit themselves to around 800km/h. This is chiefly to reduce the cost of equipment and to limit the acceleration required to reach maximum speed. Excessive acceleration is not a comfortable experience.

There are numerous technologies being explored for the levitation of the craft. These include levitating the pod on a cushion of air or by using electrodynamic levitation to lift the pod off the track. In order to maintain the low air pressure around the pod, the entire track needs to be in a tube that is completely sealed. This low-pressure tube also needs to be able to resist the air pressure pushing on the outside. In most designs the tube is elevated above ground; however, the tubes can also be buried in tunnels.

Who are the main players in the market?
Multiple companies have been created in the past few years to attempt to commercialise hyperloop technology. Some of the most notable are indicated below: 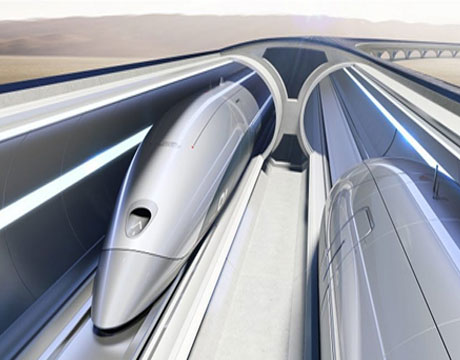 The feasibility of the technology is still under debate. Some of the main arguments against it are its cost, safety, and flexibility.

Cost is a big factor. Virgin Hyperloop One claims that a typical hyperloop route will be 2/3 the lifetime cost of regular high-speed rail. This is possible because the pod is only energised for 10% of the journey; the rest of the time the pod glides in the tube due to its low friction. They also claim they will need to purchase less land due to the track being elevated on pylons.

A key safety advantage is that the pods are isolated from weather – nothing can wander onto the tracks. And because of its automation, the system is inherently safer from collisions between pods.

One major drawback of the hyperloop is that it is a point-to-point transportation system. Therefore, it does not typically stop at multiple stations as is the case with a normal train. Thus, the total travel time to and from a hyperloop terminal must also be considered.

What does the future hold?

Hyperloops technologies are on the edge of feasibility but do show promise as a new, efficient form of mass transit. Human trials are a few years off as the technology must prove to be completely safe before the public will be allowed to make use of it.

Using the technology as a freight transport system is more palatable in the shorter term. The world is becoming more connected by the day. Consumers have the ability to buy products from anywhere. Placing these transport systems on the main trade routes in Europe and Asia, could drastically reduce the time and cost of moving products around the world.

Interest in hyperloops is snowballing. The world’s billionaires, industry leaders, world governments, and greatest innovators of our time are sitting up and taking note. There’s little doubt that soon enough in the not-too-distant future we’ll start seeing more and more hyperloops emerging – helping to shorten our journey times between some of the world’s leading cities.

If you liked this blog post, why not have us create some for your engineering business? Get in touch today. 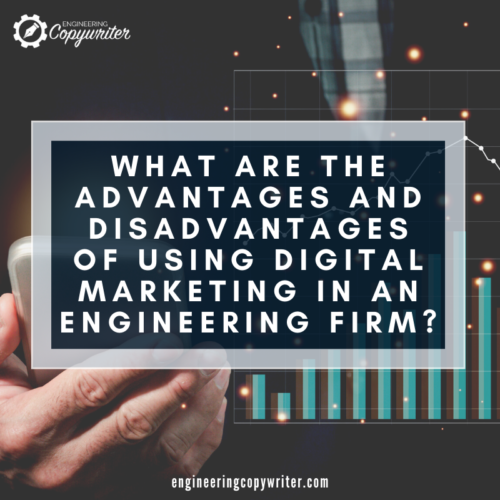 What are the Advantages and Disadvantages of Using Digital Marketing in an Engineering Firm?

Digital marketing (also known as online marketing) is a term that encompasses all internet-based marketing initiatives. Firms use online outlets such as websites, social... 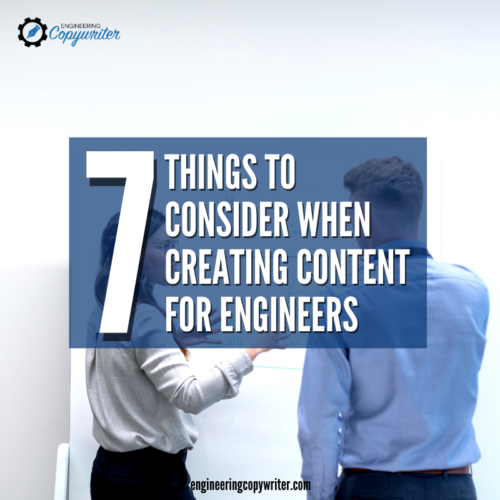 Engineers can be a difficult audience to write for. A curious engineer will not want to waste time during their search for answers. Normally,...

Sign up with your email address to receive latest updates straight in your inbox.

for getting in touch. We really appreciate it!

for getting in touch. We really appreciate it!

Someone from our team will get back to you within 48 hours.

In the meantime, click here to check out our free blog posts and get some ideas on how to better market your engineering business.